I’m in the middle of moving from Nova Scotia to Prince Edward Island and all that entails. I am aware that we’re fiercely proud of our provincial cultural differences here in the Maritimes (try debating who has the best lobster) so I expect a few things to be different, but not necessarily pharmacare. After all, it is the “Canada” Health Act and the universe in universal health care is supposed to be the entirety of Canada. This got me thinking of some of the more interesting contradictions in how pharmacare rules and practices have varied across provincial boundaries. This is somewhat of a current to rear-view mirror look. I am more hopeful on potential changes for the future.

Let’s start with the acceptance of loyalty programs for prescription drugs at pharmacies. For most of Canada, it is understood that loyalty programs are programs like Air Miles or Shoppers Optimum. The exception, of course, is Quebec but more on that later. In January of 2016, British Columbia courts backed a ban on the issuance of loyalty points by pharmacies for prescription drugs. Yet step across the border into Alberta and those same loyalty programs are perfectly fine for prescription drugs as ruled by the Alberta courts in April of 2016. In both provinces, the ban was backed by the provincial college of pharmacists and the opposition to the ban came from the pharmacy owners and the majority of patients. The college thinks that loyalty points lead to unethical pharmacist and patient behaviour while the owners think they lead to a more engaged patient with better adherence and therefore better patient outcomes. Neither position seems heavily supported by research and evidence, which is unfortunate given the amount of prescription claims data that exists. When you keep in mind that we’re talking about prescriptions, which are highly controlled in terms of when you can get them filled, I think I’m with the pharmacy owners on this one. If someone is stupid enough to delay a refill in order to wait for a double points day, then that is when the pharmacist should weigh in with a serious patient dialogue on adherence. Pharmacy is obviously trying to get the patient to be loyal to their store and if putting money back in the pockets of Canadian patients via loyalty points is how they want to roll then I’m ok with that.

My favourite cross-border pharmacare contradiction remains how Quebec and Ontario ruled differently on generic substitution for the drug Concerta when it lost its patent back in 2010. Before going there, I feel compelled to take a minute to go over the difference between “bioequivalent”, “interchangeable”, and “identical” as they relate to generic drugs. If you already know this, then skip ahead but recognize that you are in the minority. Just ask my former pharmacist who chose to stare me down and insist that their store-branded Ibuprofen was “identical” to Advil.

Health Canada holds the definition for when a generic drug is “bioequivalent” to the original brand drug. The heart of that definition is that the active ingredients of the drug must be identical. Well … not quite. If you want to get specific, the active ingredient must be between 80% and 125%. As a colleague of mine so startlingly put it, if it were your daughter on a generic birth control pill, you’d probably like to get the 125% of the range and hope you don’t get 80%. The generic drug can then be different in all kinds of other ways: fillers, colour, shape, coating, release mechanisms, etc., not to mention manufacturing quality. So, a generic drug is not “identical” to the original brand. Nor are two difference generics “identical” to each other. Unlike where a federal agency (Health Canada) determines the scientific bioequivalence, each province then determines “interchangeability”. This is because interchangeability is as much a financial decision as it is a scientific one. When a drug is declared interchangeable, it effectively means that the government will only pay the generic price, regardless of whether you get the generic or the original brand dispensed. Thus ends the tutorial.

Back to the ADHD drug Concerta. When Concerta lost its patent protection in 2010, Ontario declared generic methylphenidate ER to be interchangeable with Concerta whereas Quebec did not. This is not the first time that provinces have not been aligned on interchangeability but what makes me scratch my head on this one is that there was a lot of considered debate on whether the generic methylphenidate ER was “as good as” brand Concerta. Yet two provinces that share a border literally came down on opposite sides of the fence. A parent in Gatineau with a child who had been responding well to brand Concerta could carry on as usual whereas a parent living across the river in Ottawa would either have to shell out more money to stay on the brand or take a chance with the generic.

The irony of the Concerta story is that Quebec decided to continue to reimburse the brand. This from a province that distinguishes itself from other provinces in its approach to pharmacy ownership, pharmacy allowances, and patient choice cards. Allow me to elaborate.

A pharmacy allowance is often called a “kickback” as it is a payment made by a generic drug manufacturer to a pharmacy owner for dispensing a generic drug. This practice was at the heart of the generic reform that happened circa 2010 in Ontario and then across Canada with the result that now, in almost all provinces, pharmacy allowances have been banned … but not in Quebec. Quebec never quite got there and maintained a 15% cap on allowances that could be paid. Then in April of 2016, Quebec proposed new legislation to get rid of the cap entirely over a 3-year period, resulting in unlimited kickbacks. Couple that with the fact that pharmacies must be owner-operated in Quebec and does this not create a conflict for a pharmacist there to have an unbiased discussion with a patient on the decision to substitute a generic drug? Maybe the current move in Quebec to ban “frais accessoire” from physicians will set a precedent for change on this position on pharmacy allowances.

Like BC, Quebec has also taken the position of banning points from “fidélité” (loyalty) programs for prescription drugs but the college of pharmacists there (the “OPQ”) has taken the extra step of implying that patient choice cards, that pay the difference between the brand and generic, are also loyalty programs. This is a clever inference that has pharmacists in Quebec scared to accept patient choice cards and even worse, other payment cards for things like samples and patient assistance for high cost drugs. Sorry about the long path to get here but remember that parent in Ottawa? Well, he/she could use a patient choice card for Concerta and stay on the brand just as if they were living in Quebec. But a patient in Quebec who wants to stay on the brand for Lyrica, by example, doesn’t seem to have that choice because Quebec has deemed Lyrica to be interchangeable and, due to a confusing position taken by the OPQ, pharmacies in Quebec often won’t accept patient choice cards.

To sum up, I think some differences in pharmacare across provincial boundaries are to be expected, especial since the funding for pharmacare is managed provincially. But I’ve thought too hard about the examples I’ve laid out and can’t really make sense of the rationale for the contradictory decisions taken by the different provinces. I remain bullish though on the winds of change that may result in more provincial alignment and legislation that puts the patient first. 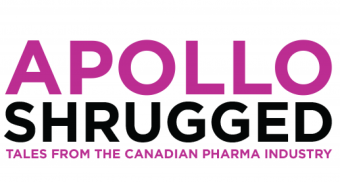