Welcome to your Monday Biotech Deal Review for March 16th, 2015!

*A day late, but here is the Monday Deal Review for March 16th.

The big news this week was Valeant’s big win over Endo International for acquisition of Salix Pharmaceuticals.   Valeant raised the price for Salix by about a billion US dollars in a new deal that forced Endo to withdraw its cash and stock offering. Valeant increased its per-share payment to $173 a share, or about $11.1 billion in total, up $15 from the $158 price Salix agreed to take from the drug company in February. The deals comes on the heels of Valeant’s failed attempt to acquire Botox-maker Allergan late last year.

For more on this story, as well as many more, keep reading this week’s Cross Border biotech Monday Deal Review!

Valeant Pharmaceuticals International, Inc (NYSE: VRX)(TSX: VRX) and Salix Pharmaceuticals, Ltd. (NASDAQ:SLXP) announced that they have entered into an amendment to their Agreement and Plan of Merger, dated February 20, 2015. Pursuant to the amendment, Valeant increased the offer price to acquire all the outstanding common stock of Salix from $158.00 per share to $173.00 per share in cash, or a total enterprise value of approximately $15.8 billion, through April 7, 2015. The revised offer price of $173.00 per share provides an additional approximately $1 billion in cash consideration to Salix stockholders, and represents an increase of 9.49% and 43.9%, respectively, over the original offer price of $158.00 per share and the unaffected price of Salix common stock on January 16, 2015, of $120.19. As previously announced, if the minimum tender condition is satisfied at the end of the day on March 31, 2015, Valeant expects to close the transaction on April 1, 2015. If all of the conditions to the tender offer have not been satisfied by April 8, 2015, the offer price will drop back to $158.00 per share. In consideration for the increase of the offer price through April 7, 2015, the termination fee payable by Salix to Valeant has been increased by $100 million and the outside date after which either party may terminate the transaction has been moved from August 20, 2015, to May 1, 2015. The amendment was approved by the Boards of Directors of both companies. Valeant has also announced that it has received early termination of the applicable waiting period under the Hart-Scott-Rodino Antitrust Improvements Act of 1976 with respect to its proposed acquisition of Salix Pharmaceuticals, Ltd.  The expiration of the waiting period satisfies one of the conditions to consummate the tender offer and Valeant expects to be in the position to close the transaction on April 1, 2015.

Helix BioPharma Corp. (TSX: HBP) (FRANKFURT: HBP), a biopharmaceutical company developing innovative drug candidates for the prevention and treatment of cancer, announced it has received private placement subscription agreements for common shares and warrants for aggregate net proceeds of approximately CAD5.2 million after expected expenses. The terms of the placement are for the purchase of common shares at $1.10 per share and include one warrant per share at an exercise price of $1.54 and have an expiry of five years from the date of issue.

Spectral Medical Inc. (“Spectral” or the “Company”) (TSX:EDT)(OTCQX:EDTXF), a Phase III company developing the first treatment for patients with septic shock guided by a companion diagnostic, announced that on March 14, 2015 it exercised the call right (the “Call Right”) previously granted to it by Toray Industries, Inc. (“Toray”) for Toray to purchase 9,041,592 common shares (“Shares”) in the capital of the Company (the “Offering”) at a subscription price of CDN$0.553 per Share, for net proceeds of CDN$5 million. The subscription price for the Shares was determined pursuant to the terms of the Call Right and is based on the volume weighted average price of the Shares on the Toronto Stock Exchange for the twenty trading day period ended on March 13, 2015, being the day prior to the date the Company exercised the Call Right.

Prevtec Microbia (“Prevtec”) is pleased to announce that it has successfully completed a 2014/2015 round of financing for $4.7 million. Up to 36% of the funds were provided by current shareholders, amongst them, Telesystem Ltd, Groupe Jafaco Gestion Inc., and Desjardins-Innovatech, S.E.C. The remaining 64% of the funds, $3 million, was provided by VVC, a Canadian-based venture capital fund investing globally with a singular focus on animal health. VVC seeks above-market returns by identifying compelling opportunities and providing intellectual and financial capital, operational expertise and a rich network that helps build successful businesses and technologies.

Corgenix Medical Corporation (OTC QB: CONX.OB) and Fio Corporation announced that they are working together to integrate two technological advances to help end the Ebola outbreak in West Africa: a rapid test, backed by the Bill & Melinda Gates Foundation and the Paul G. Allen Family Foundation, that can detect the virus in minutes; and a mobile device, which is being adapted with further funding from the Gates Foundation, to analyze and upload results directly to a central data system.

Sunnybrook Health Sciences Centre and MaRS Innovation announced a co-development agreement for WaveCheck, an ultrasound technology that transforms conventional equipment so that physicians can monitor a breast cancer tumour’s response to chemotherapy.

Calyx Bio-Ventures Inc. (TSX-V: CYX) (“Calyx” or “the Company”) is pleased to announce that its wholly-owned subsidiary, Cannigistics Agri-Solutions Corp. (“Cannigistics”), has entered into a memorandum of understanding (“MOU”) with a third party with respect to the implementation of a clinical trials software platform. The MOU has been signed with a well respected group of Canadian medical specialists that require a secure platform to gather, store, analyze, and report on the results of the trials.

Highland Therapeutics Inc. (“Highland”), a pharmaceutical company, announced that the U.S. Patent and Trademark Office (“USPTO”) has issued a Notice of Allowance for a patent (# 13/429,292) covering HLD-100, the Company’s novel formulation of dextroamphetamine. HLD-100 is intended to be taken once-daily in the evening in order to control the symptoms of ADHD immediately upon awakening and throughout the day. When issued, the patent will expire 2032.

Amorfix Life Sciences Ltd., a biotechnology company focused on diagnostics and therapeutics for misfolded protein diseases, in particular neurodegenerative diseases, announced that its Board of Directors has formally authorized the Company to review all strategic alternatives available to it. The Company’s management has been charged, among other things, with the responsibility for exploring alternative ways to maximize shareholder value, including transactions involving the sale of all or part of the assets of the Company.

Aequus Pharmaceuticals Inc. (the “Company” or “Aequus”) is pleased to announce that the Company has received conditional approval for its common shares to be listed and commence trading on the TSX Venture Exchange (“TSX-V”). Subject to satisfying certain final approval requirements of the TSX-V, the Company anticipates that its common shares will commence trading on the TSX-V approximately one week from the date of this release under the trading symbol “AQS”.

ProMetic Life Sciences Inc. (TSX:PLI)(OTCQX:PFSCF) (“ProMetic” or the “Corporation”) announced that it will be added to the S&P/TSX Composite Index (“Index”), effective after the close of trading on Friday, March 20, 2015, as a result of the quarterly review of the Index. 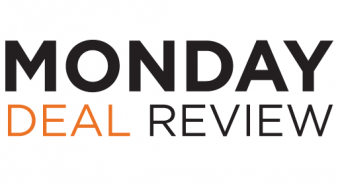