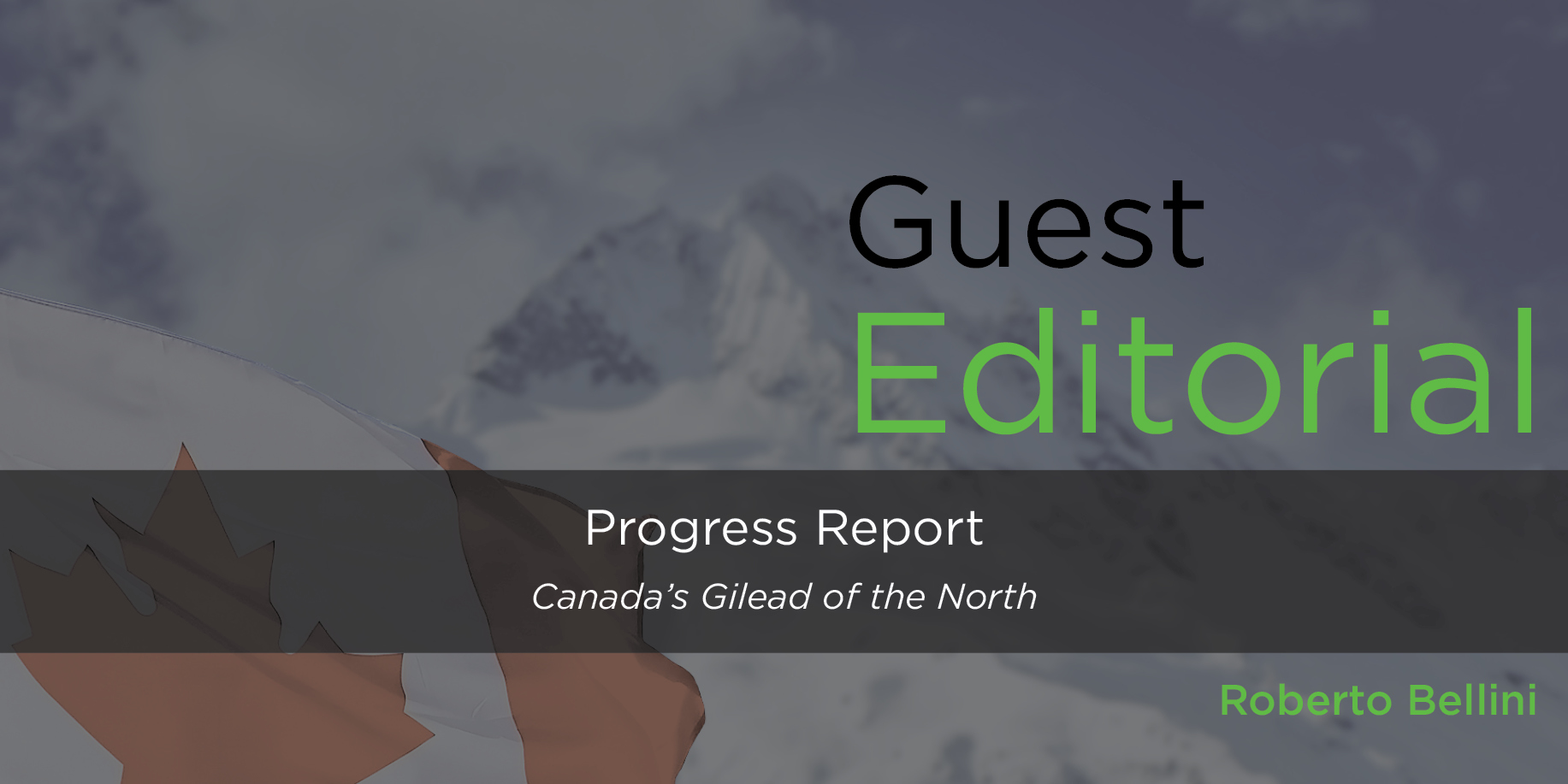 About 2 ½ years ago, I wrote a post that made a bold prediction that Canada would have at least one fully integrated biotech company by 2025. My arguments included the increasing support from Canadian investors (particularly venture capital), aspirational Canadian management teams and the ability of specialty drugs to provide launching platforms for such companies. Following the listing of Clementia and Zymeworks on US exchanges, sentiment is buoyant that we’re heading in the right direction, but do the facts concur?

The Scope and Breadth of Companies is Increasing

The size, value and financial health of today’s top ten publicly listed biotech companies has significantly improved from the date of my previous article. Their total market value is up 48% from $3.1B to $4.4B, however, this only tells part of the story: the financial health of companies on today’s top ten list is much more solid than a couple of years ago. Companies are much better capitalized with a 75% increase in cash from ~$600M to ~$1B. The number of employees is also up substantially to 853 from 516, a 65% increase. 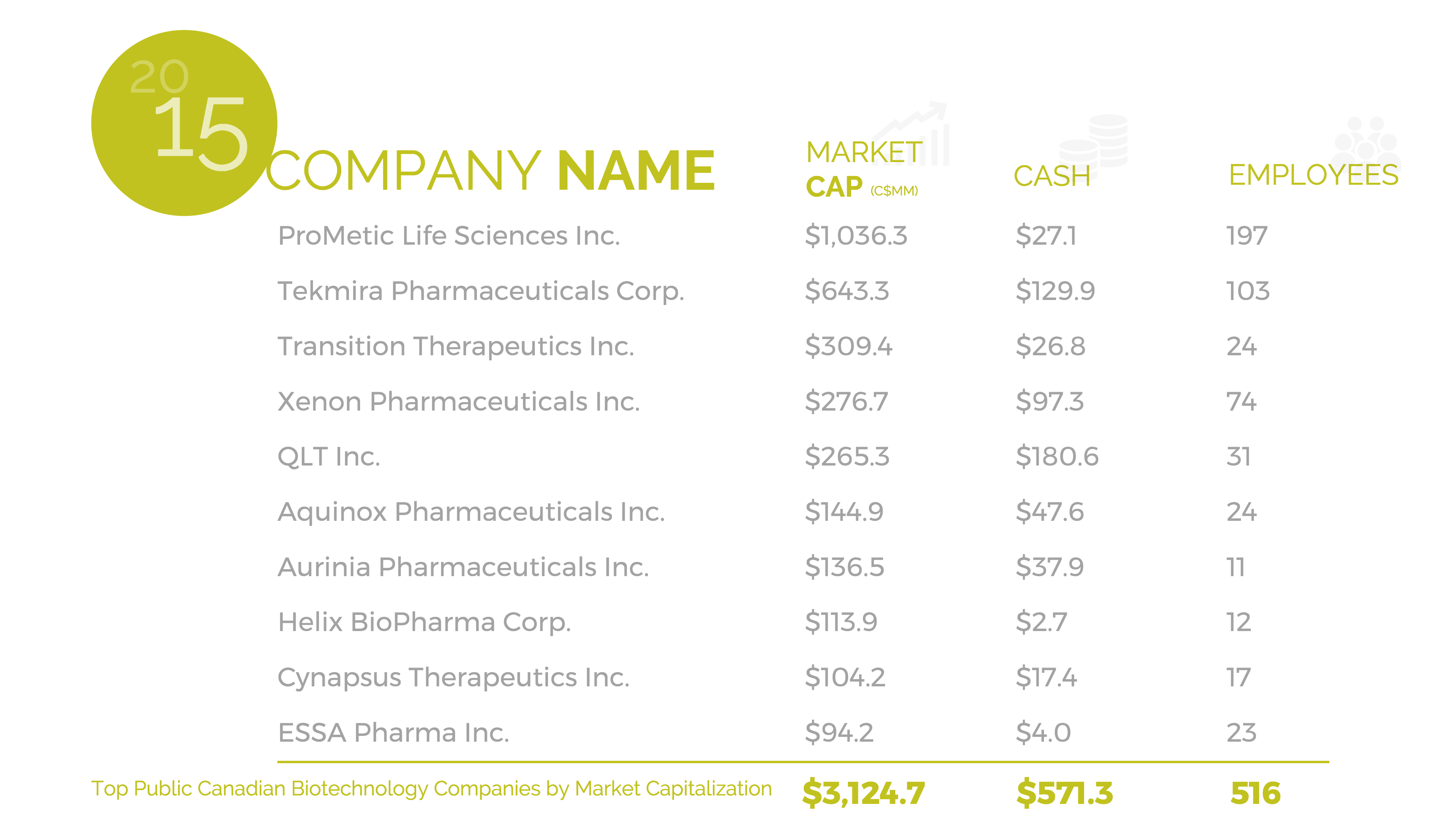 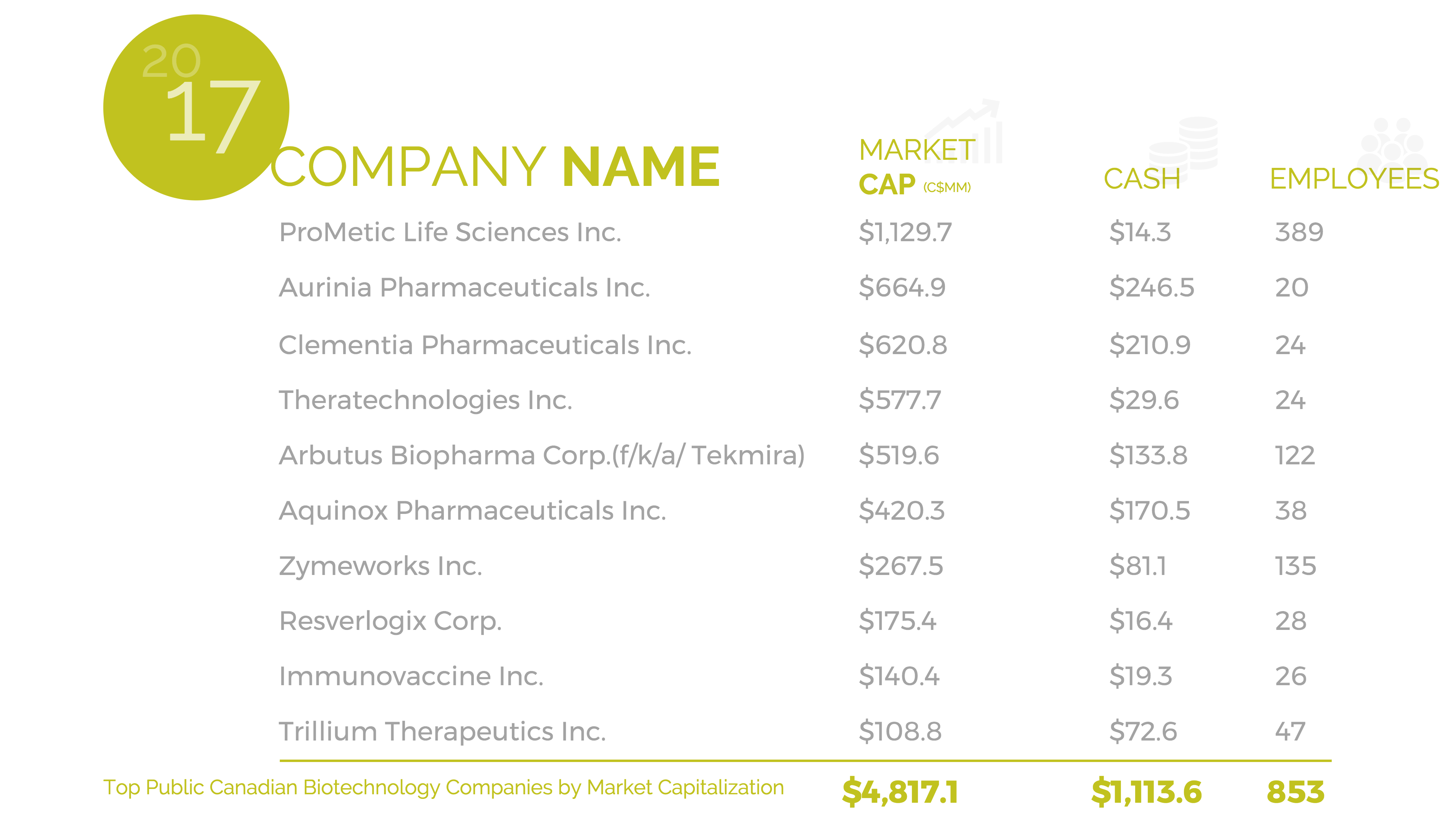 Importantly, the increase in biotech companies’ market value is not a result of companies partnering their products and limiting their exposure to their long-term value. Of the top 10 companies, six companies (two previously) control the commercial rights for their lead product(s) and, more importantly, have publicly stated that their intentions are to commercialize these products themselves. What was once a negative signal to the market (“why can’t they attract a big pharma partner?”) is now a positive one of aspiring to realize a larger portion of the value chain: “We can and will capture commercial value on our own.” The message these companies are sending to big pharma suitors is straight from their US brethren’s playbook: “No more cheap licensing deals. If you want to get the commercial rights, buy the company and at a huge premium.”

Deal Flow is Up

It’s not only the top ten companies that are getting access to funds, it’s the small ones too. Deal flow is up across the biotech industry. Total deal value increased from $100-$150M per year in the 2012-2014 period to $250-$500M in the 2015-2017 period. Interestingly, larger deal values are driving the increase with average deal size more than tripling from $6M to more than $20M per deal in the respective periods. 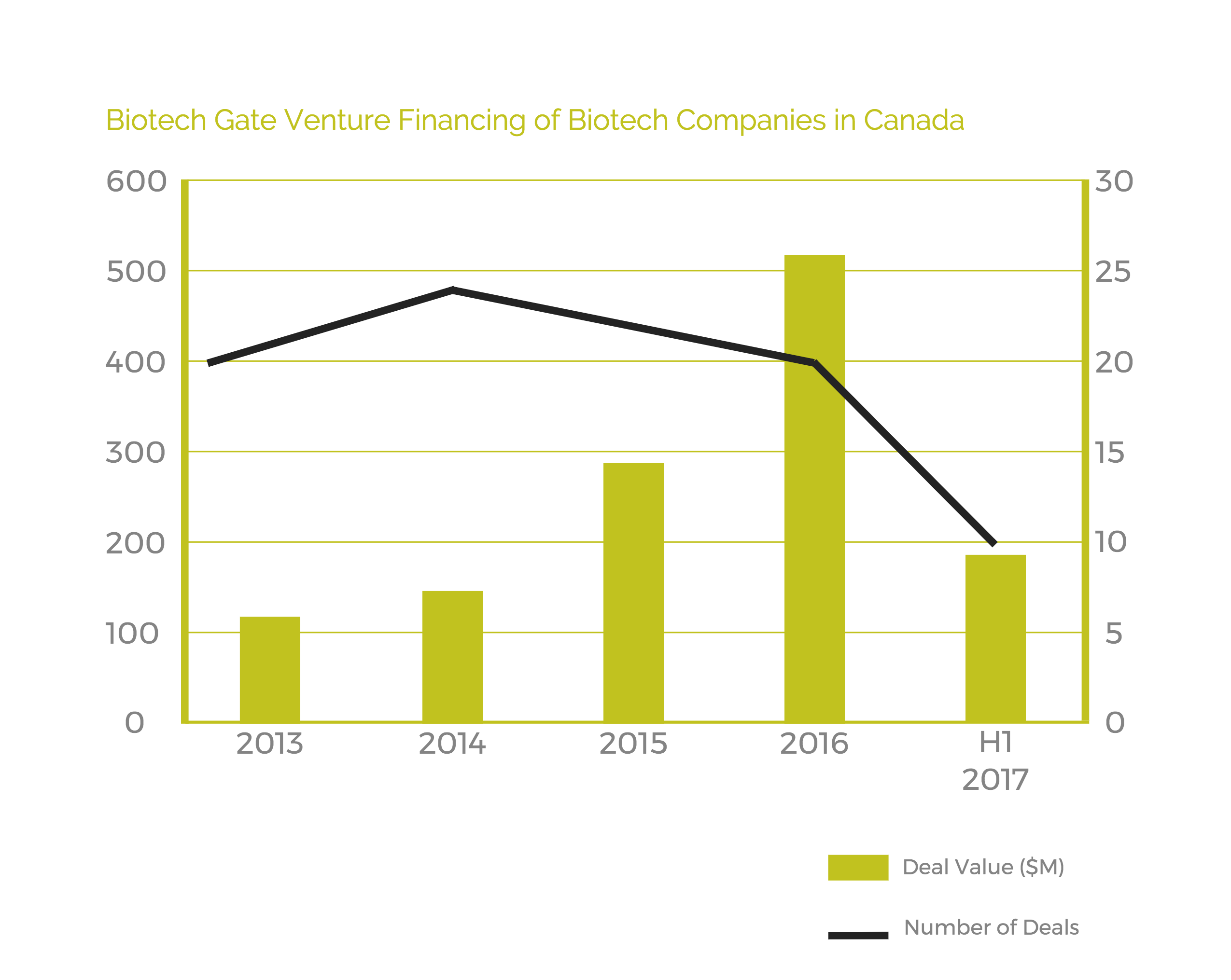 Canada is blessed with some of the largest pension and labor sponsored funds in the world (Ontario Teachers, OMERS, La Caisse de Depot, Canada Pension Plan, etc). There’s only one that I know of that actively (and very successfully by the way) invests in biotech, Le Fonds FTQ. Without these important local investors playing a larger role in financing our companies as they grow, we will build Canadian companies with controlling US investor bases. While this isn’t bad in and of itself, it puts pressure on Canadian firms to Americanize themselves, which can eventually lead to a company being Canadian only by virtue of it mailing address.

Canadian Biotechs May Struggle to Commercialize in Canada

As our governments’ policies push to build leading innovation companies in Canada (Innovation Agenda, SRED tax credits, VCAP funding), I’m not sure they realize that we may really end up with a Gilead of the North that will be commercializing, yes globally, but also locally in Canada. These companies will be faced with a very complex regulatory system (slow approval process, lack of orphan drug legislation) and hostile pricing environment (complex reimbursement pathway with multiple pricing bodies) in their very own backyard. What company sticks around where they don’t feel wanted? Will the government address this potential issue before it’s too late for Canadian biotechs?

Still a Long Way to Go

As I tout the progress we’ve made, our companies are still small and have a long way to go. By US standards, eight out of our top ten biotech companies are small caps (<US$500M) and the top two are not far above the threshold. We’re showing that we can build and properly finance high potential development stage companies; now, can we succeed in bringing drugs successfully to the global market?

Roberto Bellini is the CEO of BELLUS Health (TSX: BLU), a Montreal-based company developing a drug to treat chronic cough. 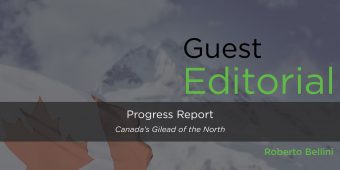