Welcome to your Monday Biotech Deal Review for May 25th, 2015!

The past week saw Endo International announce the acquisition of Par Pharmaceutical holdings in a $8 billion deal, creating a speciality pharmaceutical company with a generics business.

For details this story, as well as for the rest of the week’s news, continue reading the Monday Deal Review!

Endo International plc (NASDAQ: ENDP) (TSX: ENL) and Par Pharmaceutical Holdings, Inc. announced that they have entered into a definitive agreement under which Endo will acquire privately-held Par from TPG in a transaction valued at $8.05 billion, including assumption of  Par debt. The combination will create a leading specialty pharmaceutical company with a generics business that is one of the industry’s fastest growing and among the top five as measured by U.S. sales. It is also expected to help drive long-term double-digit revenue growth for Endo. The transaction has been unanimously approved by the Boards of Directors of Endo and Par, and is supported by the management teams of both companies. There are no further shareholder approvals required. The purchase price will consist of approximately 18 million shares ($1.55 billion of value based on the 10-day volume weighted average share price of Endo ending on May 15, 2015) of Endo equity and $6.50 billion cash consideration to Par shareholders. Endo has secured fully committed financing from Deutsche Bank and Barclays to fund the cash consideration. Endo expects to implement a permanent capital structure to finance the transaction prior to the close that would include a combination of cash, debt and an equity offering.

In connection with the Fibricor® acquisition, Tribute Pharmaceuticals Canada Inc. (TSX-V:TRX) (OTCQB:TBUFF) (“Tribute” or the “Company”), a specialty pharmaceutical company with a primary focus on the acquisition, licensing, development and promotion of healthcare products in Canada and the U.S., completed a private placement (the “Offering”) pursuant to which it issued 13,043,695 common shares at a price of Cdn$0.92 per share for aggregate gross proceeds of C$12,000,199.40. The Offering was conducted on a best efforts basis by a syndicate of agents led by Dundee Securities Ltd. and including KES 7 Capital Inc., and Bloom Burton & Co. Ltd. (together the “Agents”).

Zenith Epigenetics Corp. (“Zenith” or the “Company”) announced that it has closed a private placement of 4,000,000 common shares at a price of US$1.00 per share for gross proceeds of US$4,000,000 (the “Private Placement”) to Eastern Capital Limited (“Eastern”). The shares are subject to a four month hold period. After giving effect to the Private Placement, Eastern holds 23,200,000 common shares of Zenith, representing approximately 23.6% of Zenith’s issued and outstanding common shares. Eastern also holds 2,048,640 common share purchase warrants of Zenith.

Amorfix Life Sciences Ltd. (Amorfix or the Company) announced that it intends to complete, subject to regulatory and shareholder approvals, a non-brokered private placement of a minimum of 50,000,000 shares up to a maximum of 83,333,333 shares at a price of $ 0.03 per common share of Amorfix for gross proceeds of a minimum Cdn $1,500,000 up to Cdn $2,500,000. There will be no warrants attached to this offering. In connection with this Offering, Amorfix may pay finder fees of up to 7% of the gross proceeds. It is anticipated that insiders will be participating as part of this Offering.

CohBar, Inc. (TSX-V: COB.U)(OTCQX: CWBR), an innovative biotechnology company focused on developing mitochondria-based therapeutics for diseases associated with aging, announced that its shares will begin trading on the OTCQX® Best marketplace in the U.S. under the symbol “CWBR.” CohBar, a Delaware corporation based in California, began filing as a public company with the SEC in December 2014. The company’s shares will continue to trade on the TSX Venture Exchange, where it was listed in conjunction with its $11.2 million IPO in January 2015.

ProMetic Life Sciences Inc. (TSX:PLI)(OTCQX:PFSCF) (“ProMetic” or the “Corporation”) announced that it has entered into a strategic manufacturing agreement with Emergent BioSolutions (“Emergent”). The long-term manufacturing agreement provides ProMetic with access to additional cGMP capacity in an FDA-licensed facility, located in Winnipeg, Canada. ProMetic will use this capacity for the development and manufacture of plasma-derived biopharmaceuticals using ProMetic’s proprietary plasma purification platform, known as Plasma Protein Purification System (“PPPS™”). The additional product manufacturing capacity will provide the ability to process up to 250,000 liters of plasma annually with the potential for further expansion should the parties agree. This 15-year manufacturing agreement involves an initial annual minimum payment of approximately $4M per year, rising to $7M per year in 2018 and to $9M per year by 2021, for an aggregate total of minimum fees exceeding $100M over the life of the contract.

Merus Labs International Inc. (“Merus” or the “Company”) (TSX: MSL)(NASDAQ:MSLI) is pleased to announce that one of its wholly owned subsidiaries has signed a definitive agreement to acquire the rights to manufacture, market, and sell two established specialty pharmaceutical products in certain European and other markets. The products are being divested by Novartis Pharma AG, a leading global pharmaceutical company for a purchase price of US$29.5 million. In 2014, the products had sales of approximately US$10 million in the applicable territories.  Merus will fund the acquisition with available cash.

Tribute Pharmaceuticals Canada Inc. (TSX-V:TRX) (OTCQB:TBUFF) (“Tribute” or the “Company”), a specialty pharmaceutical company with a primary focus on the acquisition, licensing, development and promotion of healthcare products in Canada and the U.S., is pleased to announce that its wholly owned subsidiary, Tribute Pharmaceuticals International Inc., a Barbados corporation, has acquired the U.S. rights to Fibricor® and its related authorized generic (the “Product”) from a wholly owned step-down subsidiary of Sun Pharmaceutical Industries Ltd. (“Sun Pharma”). Financial terms of the deal include the payment of US$10 million as follows: US$5 million on closing; US$2 million payable 6 months from closing; and, US$3 million payable 12 months from closing. Sales of the Product during the twelve month period ending April 30, 2015 were approximately US$4.7 million.

Medicago, a major Canadian biotech company and an international leader in the development and production of plant-based vaccines and therapeutics, is proud to announce that Quebec City will be home to its new production complex. The $245 million project will create 200 new high-skilled jobs by 2019, adding to the team of 180 employees already working at Medicago’s Quebec City office and laboratories. The project is expected to generate more than $461 million in direct and indirect economic benefits over the next five years.

Cynapsus Therapeutics Inc. (TSX-V: CTH) (OTCQX: CYNAF) announced the filing of a registration statement with the US Securities and Exchange Commission relating to a public offering in the United States of its common shares and the filing of an application to list on the NASDAQ Capital Market. The timing, number of shares and price per share of the proposed offering have not yet been determined. Cynapsus also announced an amendment to the Company’s articles to consolidate the issued and outstanding common shares of the Company on the basis of one post-consolidation common share for 16 pre-consolidation common shares to facilitate the proposed listing on NASDAQ, as previously approved by the shareholders of the Company.

The Institute for Research in Immunology and Cancer – Commercialization of Research (IRICoR) at the Université de Montréal (UdeM) and The Centre for Drug Research and Development (CDRD) are pleased to announce that they have initiated collaborations on three new cutting-edge drug development projects. These projects, which address areas of high unmet medical need, are being supported by funding from Merck to IRICoR. 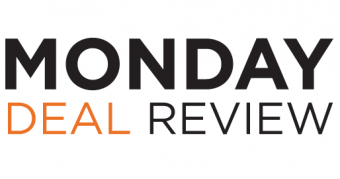