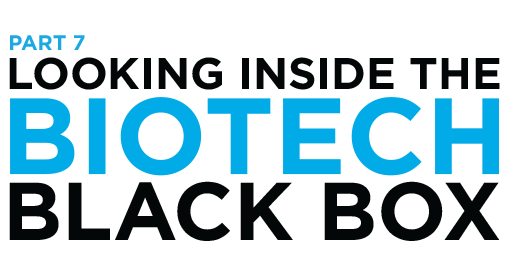 In Part 6 of this blog series, the clinical development history of tesamorelin was reviewed to the point where the Phase 3 trials were started. Success of the product and the company can be assessed in the following ways. 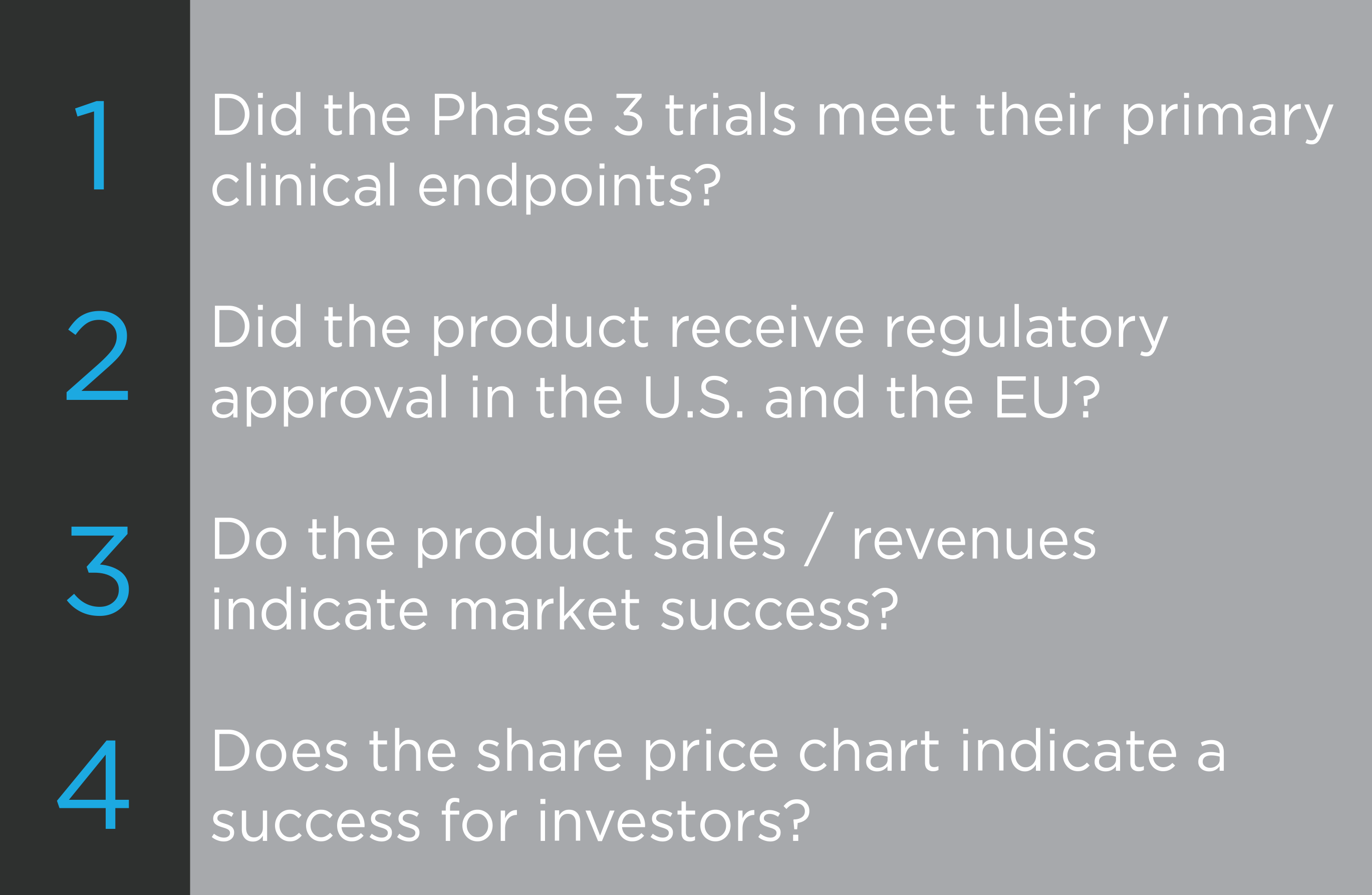 Theratechnologies reported positive clinical outcomes for its Phase 3 trials. The final second trial data came 2 years after the first Phase 3 data because the company did not run the two Phase 3 trials simultaneously.

The following paragraph is from the latter press release and outlines the 52-week efficacy data from the 2nd trial.

Although the primary objective of the Phase 3 trials was to determine the long-term (52 weeks) safety profile of tesamorelin, the data regarding the efficacy of tesamorelin in this confirmatory trial replicated what was observed in the first Phase 3 trial. Those patients that were treated for 52 weeks in the confirmatory trial experienced a total reduction of 18% VAT compared to baseline (p<0.001) which is consistent with the results observed at 52 weeks in the first trial. Patients treated with tesamorelin for the first 26 weeks in the confirmatory trial experienced a total of 11% VAT reduction (p<0.001). Further aligned with these results, patients who were on the placebo arm for the first 26 weeks and were crossed over to treatment from weeks 26 to 52 had a decrease of 14% in VAT compared to baseline (p<0.001). Finally, patients treated with tesamorelin for 26 weeks followed by placebo for 26 weeks regained VAT to levels comparable to their baseline values (+1%, p=0.432).

The following are the critical dates concerning regulatory approval by the U.S. FDA. Approval by the FDA came almost 2 years after the 52-week data from the second Phase 3 trial was released.

Regulatory success has been much more difficult in other countries. Theratechnologies, with then partner Ferrer, made the original filing in the EU on June 6, 2011 but was not granted approval. Based on company press releases, it appears that the EU regulators deemed VAT reduction was not a sufficient clinical benefit by itself and that a cardiovascular benefit would be expected if VAT reduction was clinically meaningful. Regulatory success was delayed in Canada until April 2014, after an initial rejection.

In December 2013, Theratechnologies announced that it would be reacquiring the full U.S. rights to EGRIFTA, paying EMD Serono both a US$20 M fee spread over 5 years and royalties on sales. Investors would be wondering which company triggered this move or was it a mutual decision.

The following information is from the press release announcing Theratechnologies’ fiscal 2013 results.

An investor could safely assume that neither party was satisfied with EGRIFTA sales. There were manufacturing problems which impacted sales. The low sales and slow growth could also have been impacted by factors such as clinical data with no marketing power or a salesforce that was more interested in selling EMD Serono’s GH products, Saizen and Serostim. An investor would want to know whether Theratechnologies would establish its own sales and marketing group or find another partner.

A recent presentation from Theratechnologies (http://www.theratech.com/sites/default/files/cp-feb-2015.pdf) has the following points on slide 13.

The following financial point is on slide 19. 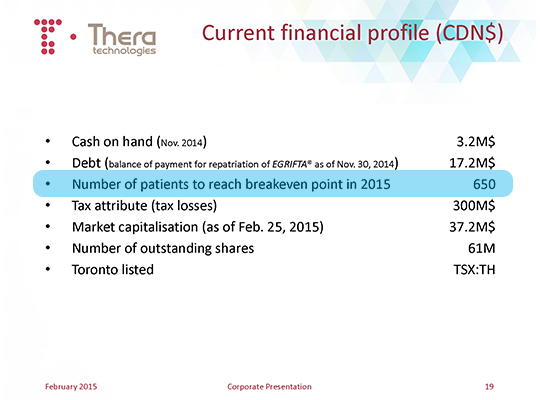 Biotechnology is a sector where ‘buy and hold for several years’ during clinical and early commercial development is generally not a suitable strategy. Biotech investors are usually looking for share price doubles or even better over a shorter period of time. My perspective is that a biotech investment is a success if the share price doubles over a two-year period. The trigger for the investment could be a financing, a significant event or simply be a case of bottom-fishing.

The answers to the four success questions are:

The apparent reason for the EU decision to not approve EGRIFTA prompted my selection of the subject for the 8th part of this blog series – the cost-effectiveness and affordability of new therapeutics. 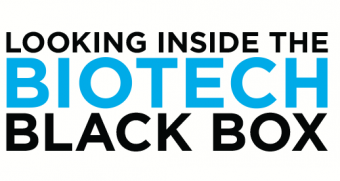