The annual chaos of the J.P. Morgan Healthcare Conference is ongoing in San Francisco as I write this blog. Over ninety per cent of the people are not actually invited to the conference but have meetings in area hotels from dawn until the cocktail parties start. All areas of healthcare are represented – bankers, analysts, fund managers, VCs, pharmaceutical companies, small biotech, drug benefit payers, etc. It is the first and probably the most important healthcare conference of each year as it sets the tone. The thirty or more companies which are hoping to launch IPOs in the next couple months are hoping for a positive tone which will carry over into completed IPOs and rising share prices post-IPO.

As I said in my last blog, share price performance has to be looked in the proper context. Part of that context is the performance of the broader capital markets which could be described as volatile and negative after the first few days of 2016. Industry insiders may look at great clinical data, acquisitions and rising drug prices as indicators of a healthy sector but it is more difficult to sell that to a generalist fund manager watching the sinking valuations of the core portfolio holdings.

Various commentators pin the current negativity and volatility on the over-supply of oil and the valuation of the Chinese yuan. No C.E.O. in the healthcare sector can do anything about these factors except minimize the impact on their company. What they can do is focus on the cost-effective development of that new treatment or device or service which produces a reasonable clinical benefit for patients or reduces costs for the healthcare system.

In this blog, I am going to comment on the Q4 and annual performance of the group of 46 companies with share prices of $1.00 or more to start 2015 (excludes Catamaran).

The word I would use to describe the Q4 numbers is ‘balanced’. There is a balance in the numbers of winners and losers in the quarter and the volatility in the quarter was similar to that in the prior quarters of 2015. 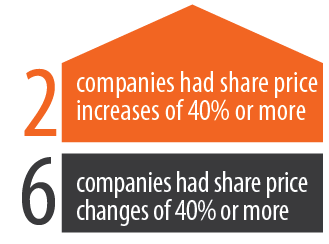 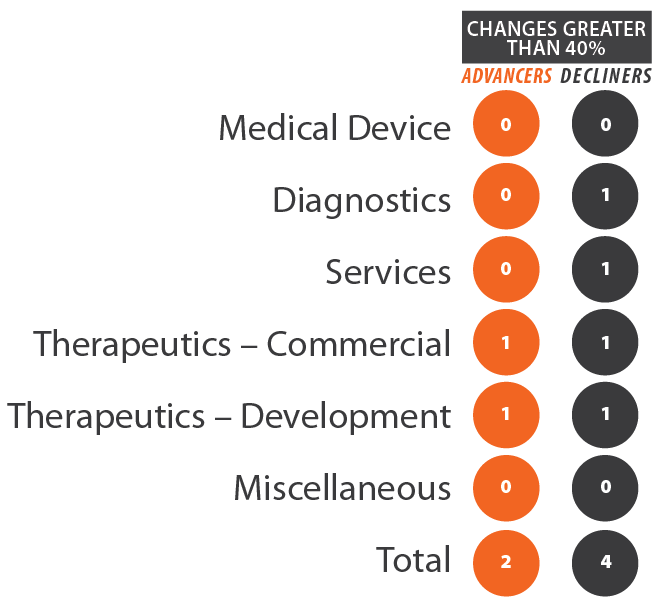 I believe that the Canadian healthcare investor focus has remained largely the same throughout 2015 – companies with revenues, profits and dividends/distributions. Investors focused on three subsectors – Services, Therapeutics – Commercial and Medical Devices – and these subsectors delivered positive average share price performance in 2015. Given the market volatility to start 2016, I would not expect the investor focus to change in the early part of 2016. 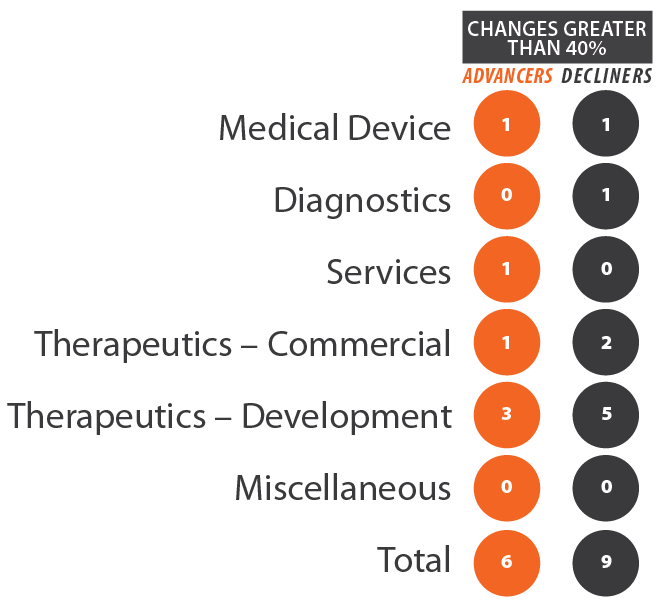 In the next blog, I will give a more detailed review of the Q4 and 2015 share price performance of the Tier 2 Canadian healthcare companies.